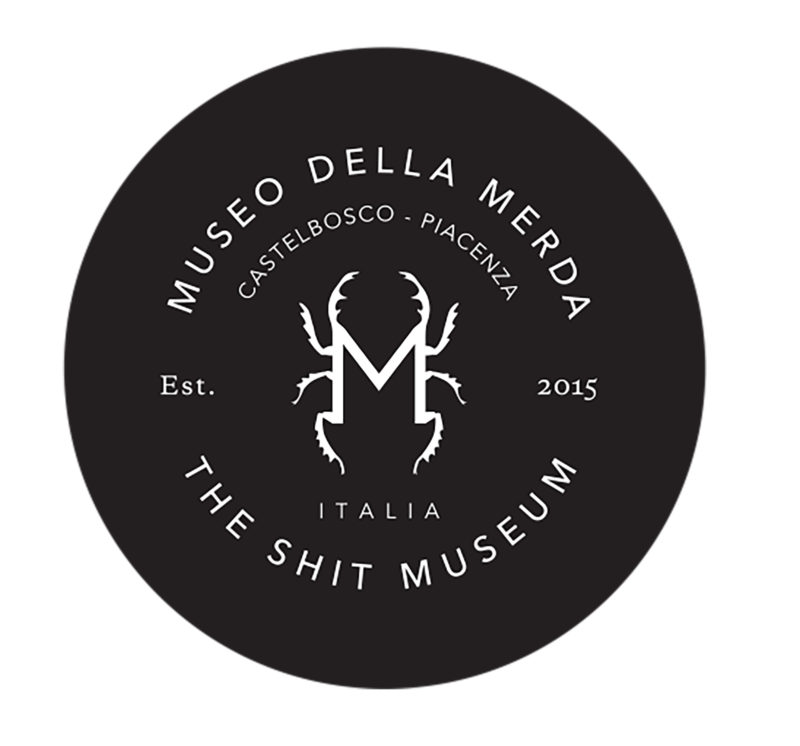 A revolutionary vision for the international success of the Shit Museum in Castelbosco: where all is based on the principle of constant transformation and nature, art and technology meet.

The Castelbosco farm, in the province of Piacenza, in the north of Italy, works to produce milk for Grana Padano cheese. It is home to 2,500 super-efficient, selected pedigree bovines that every day produce around 30,000 litres of milk and some 100,000 kilos of dung. A quantity of poop that the farm owner, Gianantonio Locatelli has transformed into a futuristic ecological and industrial project. Today, from that muck, he obtains methane, fertiliser for the fields, as well as raw material for plaster and bricks. And he does so using the latest technology which, as well as reducing atmospheric pollution and the distribution of nitrates in the soil, follows a principle that redesigns the cycle of nature to form a virtuous circle. Giving shit back the value it deserves. And restoring to agriculture and cattle-rearing the importance they always had.

Humanity, nature, art and technology. The Shit Museum is the upshot of understanding and dialogue between Locatelli with Luca Cipelletti, Gaspare Luigi Marcone and Massimo Valsecchi. It brings together biomechanics and environmental art, the agricultural landscape, the system of digesters that turn manure into energy, and the ground floor of the late-medieval castle of Castelbosco – kept warm thanks to the heat exchange of the engines that generate energy from poop-produced methane. Home to a series of installations in continuous evolution, dedicated to transformation, the ability to transmute natural substances and re-establish a healthier relationship between man and nature. Themes that were once the stuff of alchemists, and which are now at the basis of a project that does away with cultural norms and pre-concepts.

In the museum spaces and castle rooms – and in their digital version – those aesthetic and scientific, human and animal, modern-day and yesteryear experiences are and will be on show, displaying what a useful and living substance crap really is. In both practical and metaphorical terms. From the dung beetle, considered a divine animal by the Egyptians (and symbol of the museum), to the use of excrement in architectural constructions in the most far-flung cultures of the planet, from the ancient Italian civilisations to Africa, via historical-literary works such as the Naturalis Historia by Pliny the Elder, right up to the latest scientific research projects and artistic production drawing on the use and reuse of waste. A contemporary cabinet of curiosities which finds its guiding light in the art and science of transformation.

Few phenomena are so rich in material and conceptual complexity as the cultural history of shit. The Shit Museum is an agency for change, a research and data-collection institute, housing documents and information on excrement in culture, technology and history. And it also has an enzymatic role: it dialogues with artists, scientists and institutions on ideas and projects linked to the value of faeces and its endless uses, both current and yet to be imagined.

De rerum natura: of the nature of things. Of its becoming something else, be it art or technology, Castelbosco is overall – the farm and museum – an ecological workshop of anticipation: a fertilising machine, a station for the production of power and ideas, situated halfway between the ideal and the material. Which sublimes the essence of dung, muck and crap. The mirror of a great plan which draws life and energy from a material erroneously considered worthless.

The Shit Museum produces ideas, exhibitions, objects and projects. And now it has invented and registered MERDACOTTA, a material which brings together the principles of transformation and sustainability underpinning its cultural and scientific values.

With a variable blend of dry dung, straw, farm waste and clay – depending on the items to be produced – MERDACOTTA is the raw material used for the production of objects for our contemporary living.

Dry dung – the main element to be found in MERDACOTTA – is the result of a process that rids the excreta of the Castelbosco cows of methane (used instead to produce energy and heating for the Museum) and urea¹, hence making it entirely odourless. This is a waste product which is thus reused and transformed thanks to its coupling with Tuscan clay of the very finest quality.

The idea behind the first Shit Museum branded products is that of going “back to basics”.

The substance of all the products is the material that they are made of, which is mostly shit. The design does away with all frills and spills so as to return to traditional principles. Simple, clean-cut, rural shapes. Every article is unique, created with temporary moulds which, after the production of a certain number of items, are substituted.

The result is a warm and honest materiality: a value which seemed lost and yet which there is a desire to reappraise. Along with the lightness intrinsic to MERDACOTTA, which industrial terracotta has lost.

All these products are the result of collaboration between Gianantonio Locatelli, the farmer and owner of Castelbosco, the driving ideological force and behind the Museum, and the architect Luca Cipelletti, who is also the Museum’s designer and creative director.