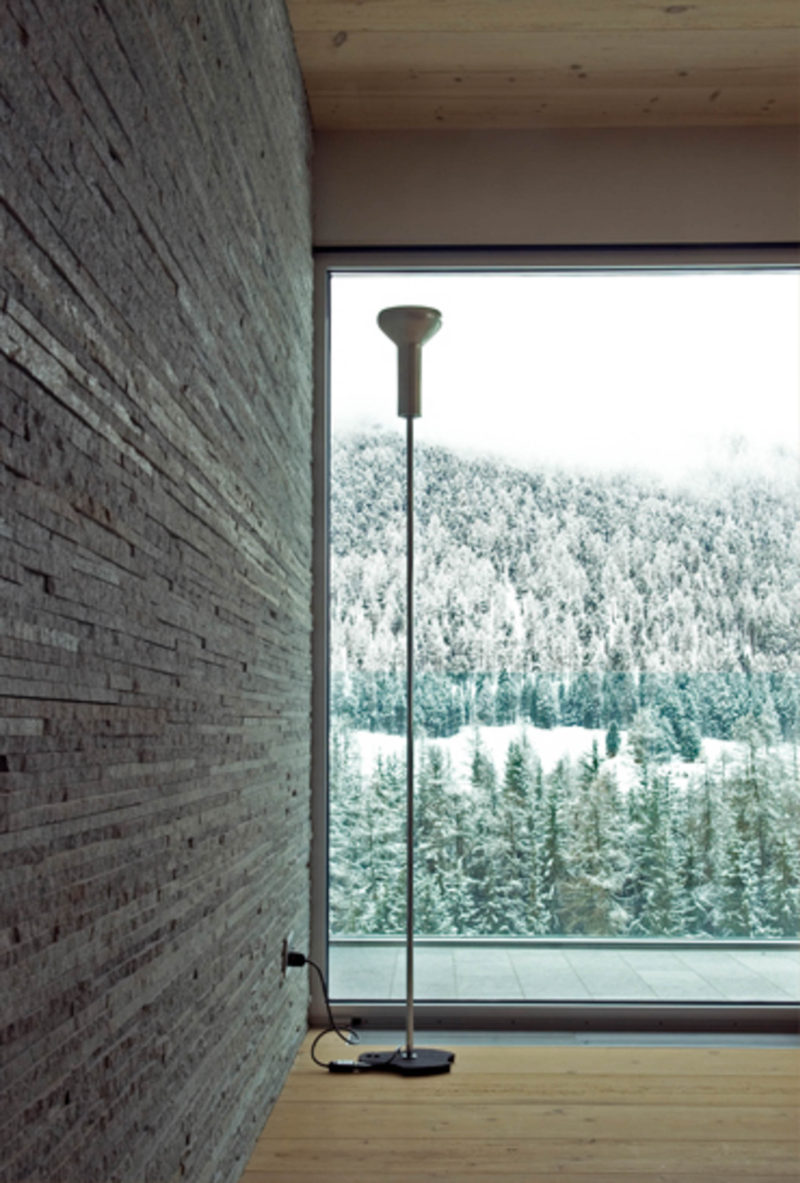 “To counterbalance the visual vertigo of the living room – two glass sides that literally enter the landscape in the house – the designer has created a box effect by coating the walls, floors, ceiling, which makes the space more soft and welcoming” (Sara Banti, LIVING 2014 – Corriere della Sera)

Upper Engadin is known for its traditions and its authentic natural and cultural identity. The rugged and severe spirit of this mountainous region conveys a simple, linear ethos, and this ethos informs the character of the renovation project, which is for an apartment nestled in the Engadin valley.

The apartment is situated in a modern building whose language is remote from the local traditional architectural style. It also has a spectacular view of the mountains which had to be preserved at all costs. The first task was to rethink the entire space of the apartment, which in its original state was poorly designed and did take advantage of its area in square meters. A more flexible use of the space had to be introduced. To resolve the problem of the floor plan, a diagonal was inserted to reorganize the sleeping area and redistribute the spaces in the adjoining bedrooms, making them larger, well lit and with more room for storage.

“The apartment is comfortable and characterful despite its no-holds-barred contemporary flavour.” “It’s perhaps no coincidence that the apartment has a touch of the contemporary-art gallery about it.” (Tom Morris, MONOCLE ALPINO2013/2014)

To reanimate the traces of the past, traditional local materials were used. A cladding made entirely of pine boards covers nearly the entire house and lends warmth to all the rooms. The boards measure up to six meters long and between twenty and forty centimetres wide, and create an interesting play of box-like structures. These last were fitted together with the meticulous attention paid to the alignments that define the entire project.

The same geometries were applied when cutting the stones: grey Lucerne stone was used for the kitchen and bathroom countertops. This strategy create a harmony with the same material on the facade; the large entry wall, of small horizontal tile strips, is covered in this stone as well, and was left intentionally rough. The entry leads to the living room and finally to the view of the surrounding mountainous terrain through large walls which are extensively glazed. 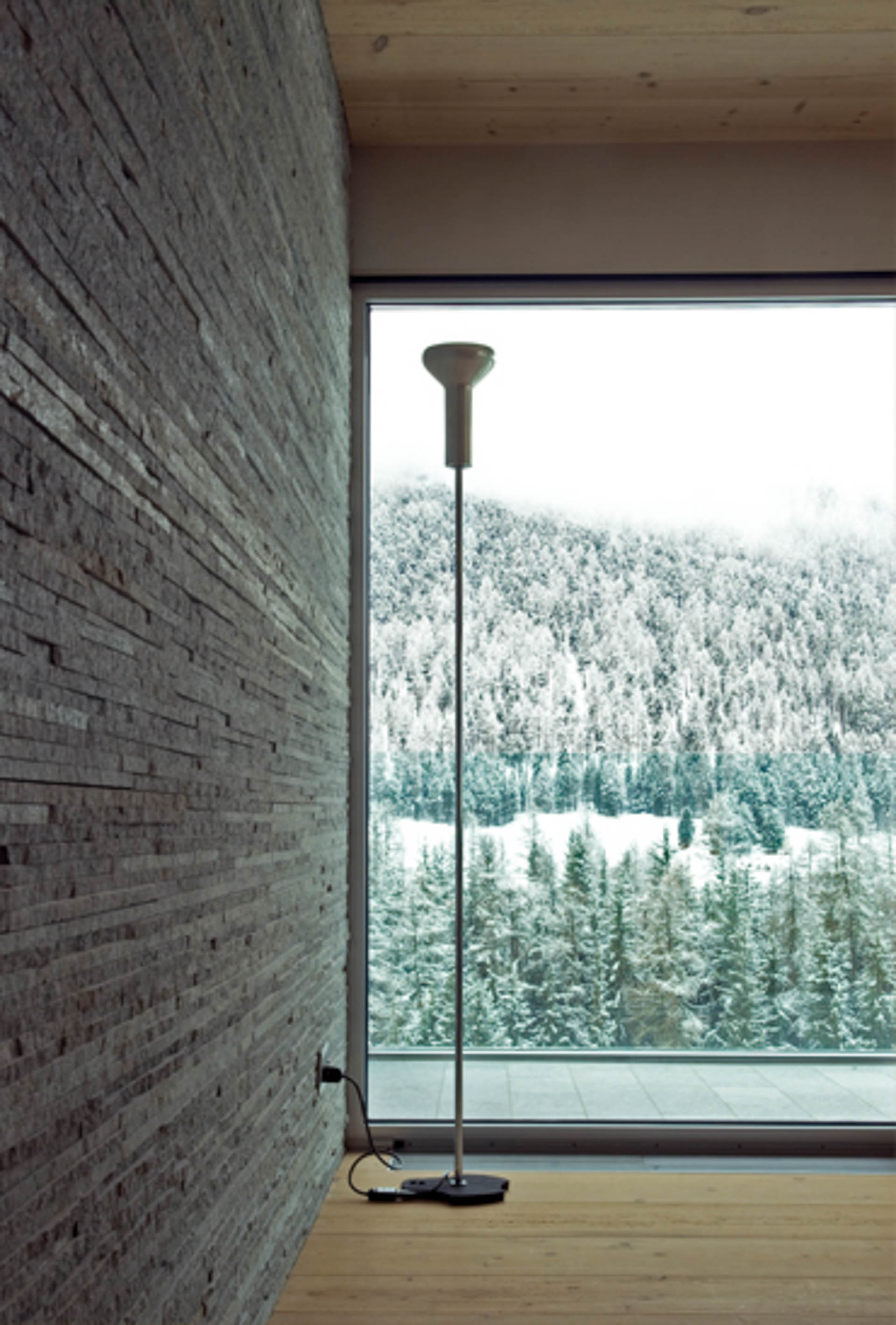 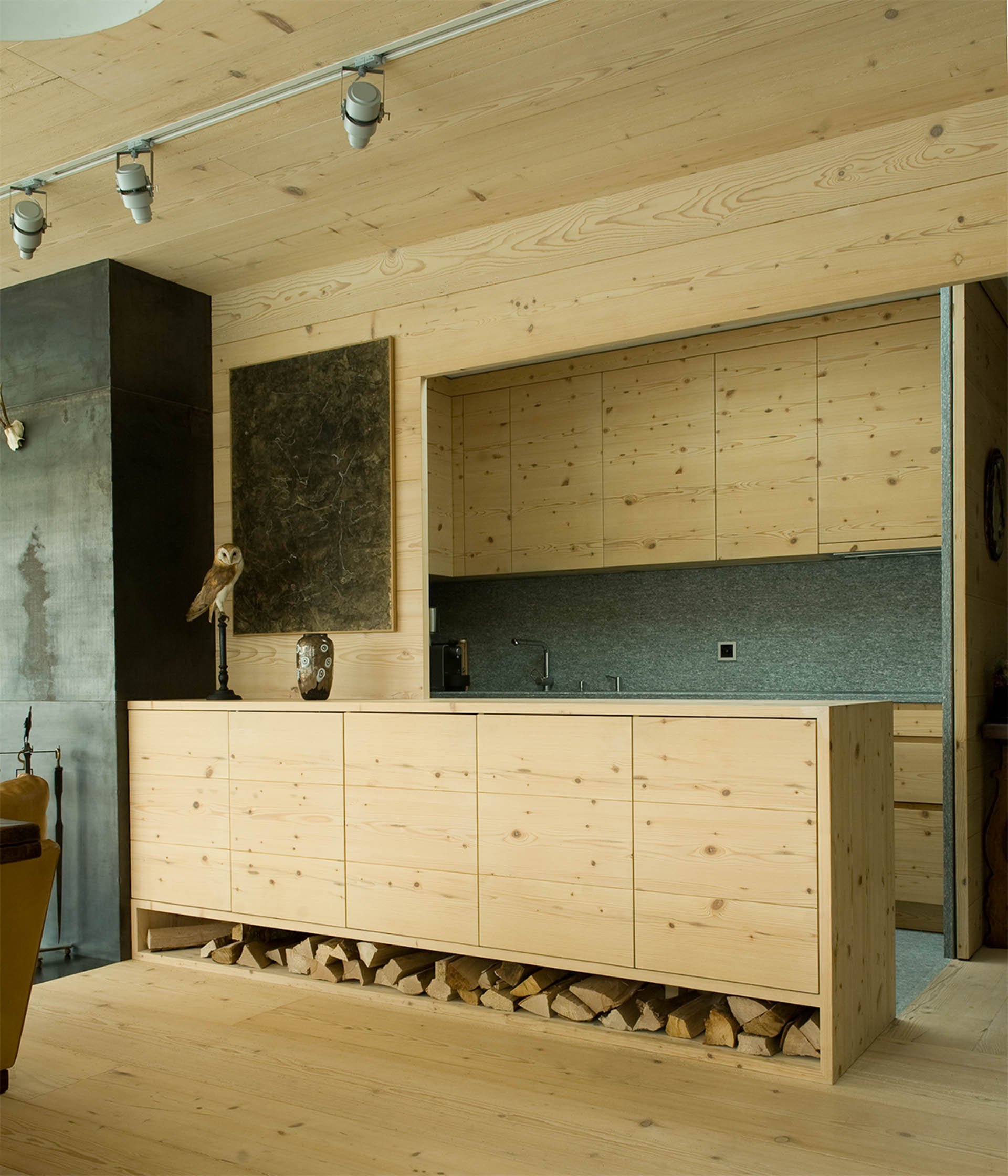 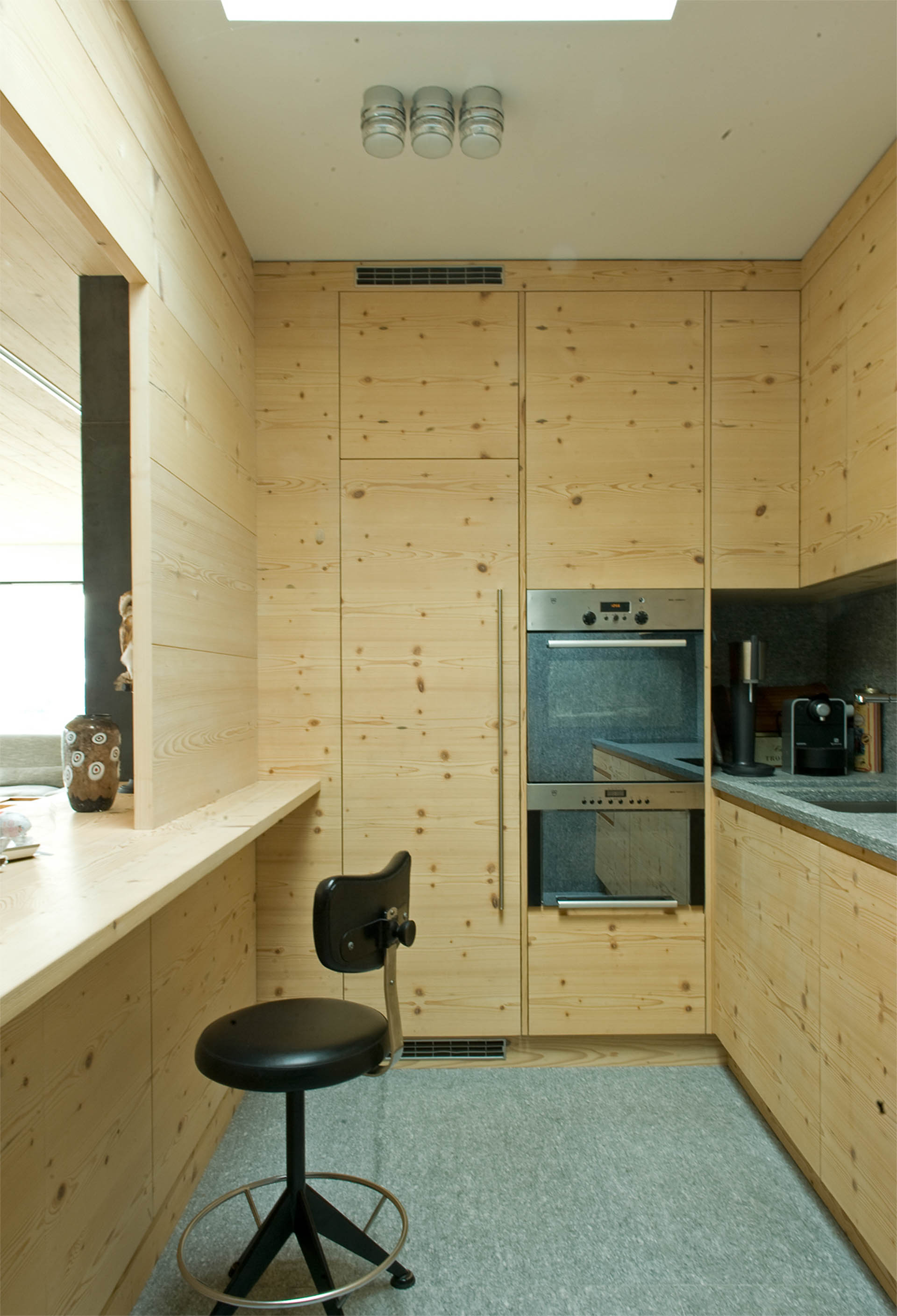 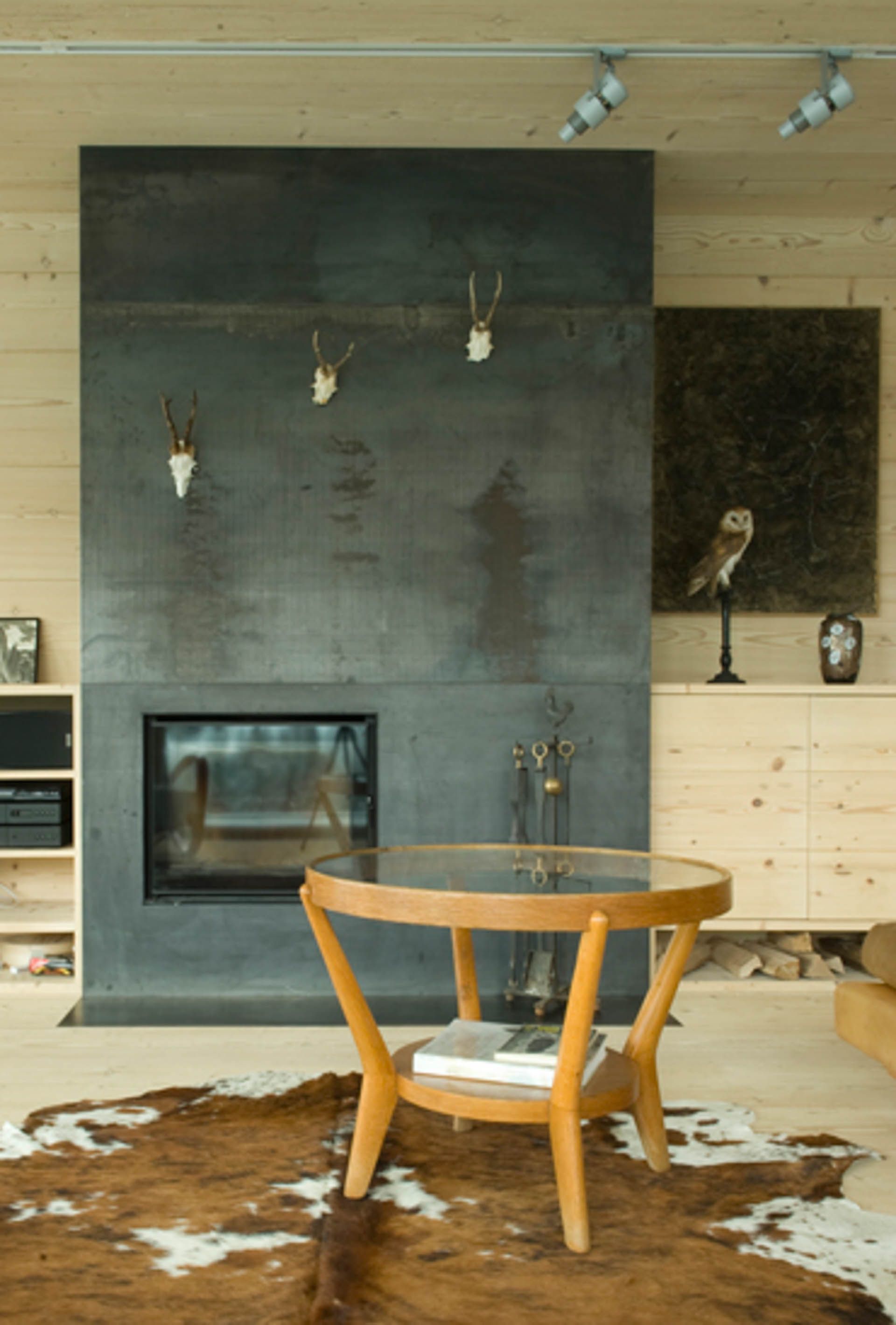 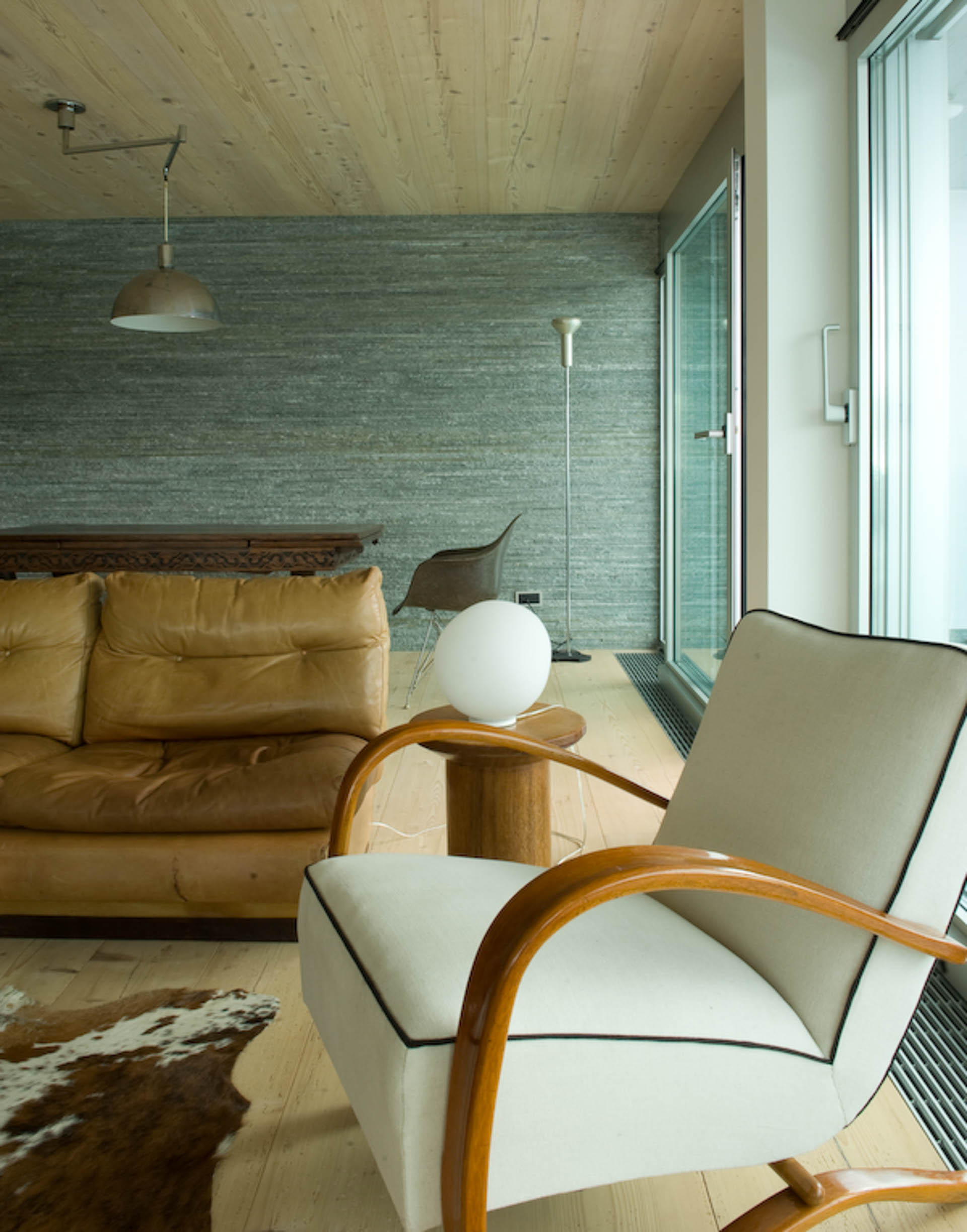 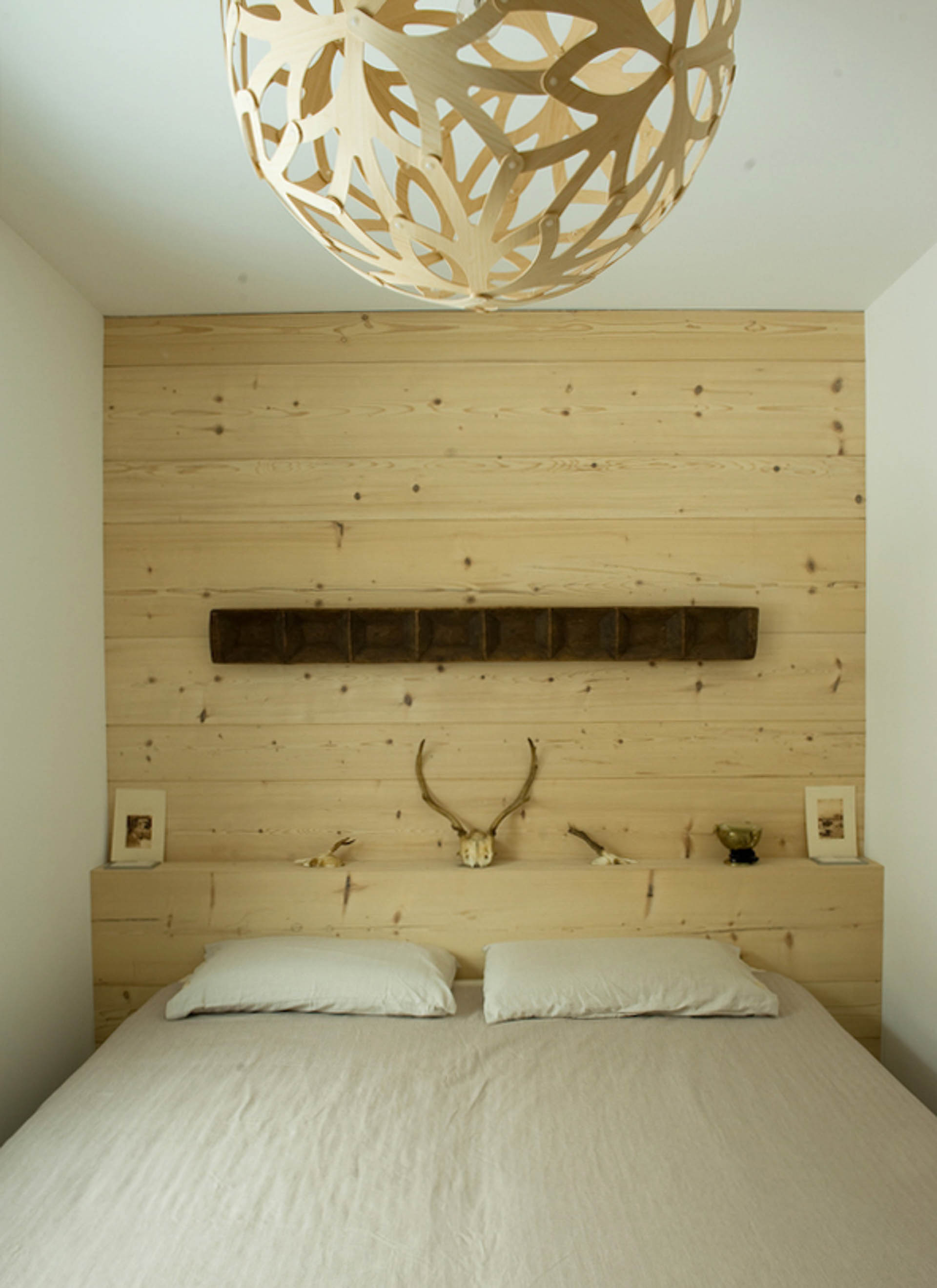 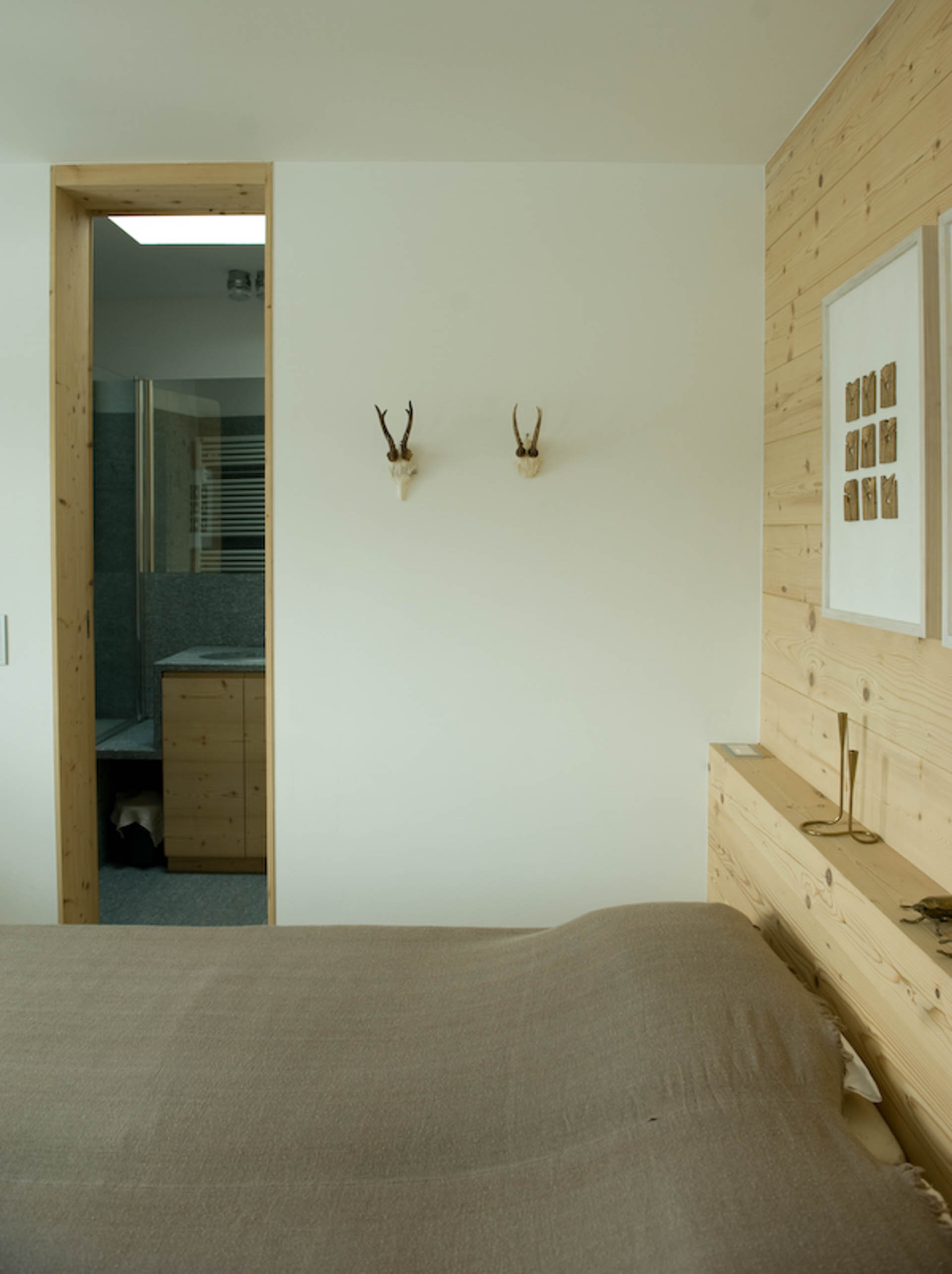 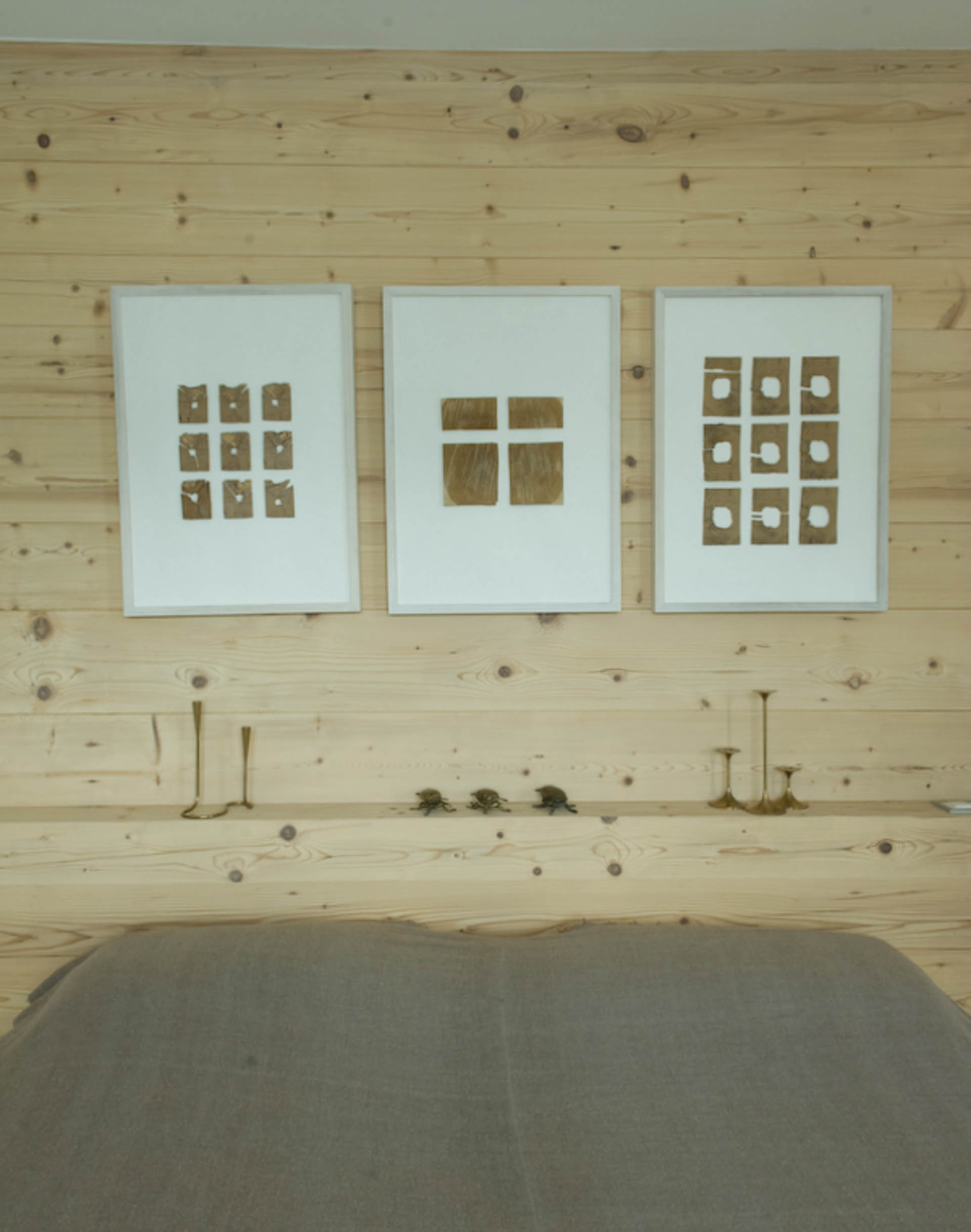