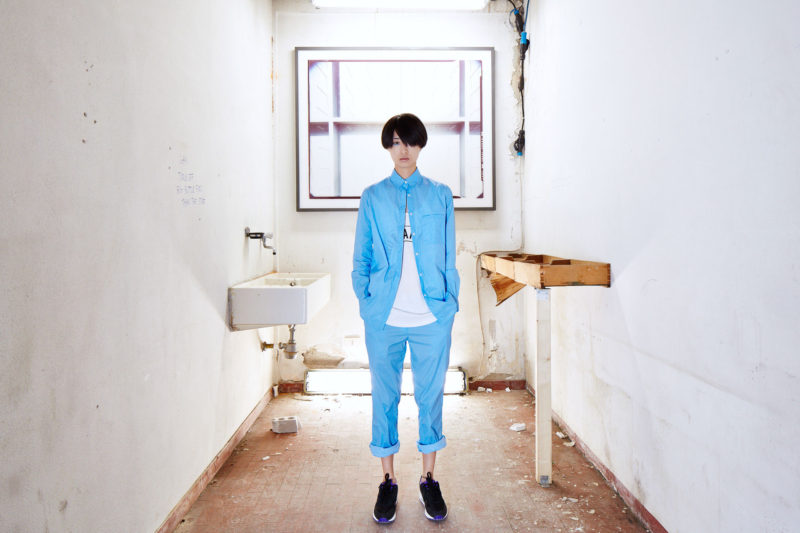 The challenge to interpret fashion show as an exhibition, by museographical planning and working alongside Arbesser’s collections in various collaboration projects between art, fashion and architecture.

The encounter between Arthur Arbesser and Luca Cipelletti gave rise to a great professional respect which, over the years, has led to numerous collaboration projects: contaminations between art, fashion and architecture. The shared challenge was to interpret the classic fashion show as an exhibition: a curated presentation of the garment which – through museographical planning, working alongside the collection – seeks to feature stimuli, references and couplings that reflect Arbesser’s refined way of working, and present viewers with an integrated project.

In 2014, Conversation Piece. On this occasion, it was decided that the opening collection by the Austrian designer should be contextualised in a Milanese interior planned by Cipelletti: an apartment in a 1920s building, faithful to its original bourgeois style, yet reinterpreting it through a number of openings in the walls which connect the rooms to one another and create new perspectives and points of view. The Italian design pieces of the ’40s and ’50s, along with works of art such as the wall drawing Trapeziums, produced by the English artist David Tremlett, define a strong identity within the space, sober and formal, typically Milanese, and which comes into relation with Arbesser’s collection within defined spaces, perfect frames, evoking a conversation between garment and object, while re-evoking the very British theme of the Conversation Piece. The overall project leads to a total aesthetic and one of interrelation between the two fields of fashion and design which, not by chance, characterise our way of living.

In the second episode, it was decided that the intimate environment of the apartment should be abandoned in order to dialogue with the city in the realm of the industrial archaeology of Garage San Remo. The presentation of fashion here undergoes a conceptual inversion of the point of view: the logic of the catwalk is turned on its head, establishing an intimate dialogue between the designer and the visitor, like in a sort of still of the final release, featuring all of the items in the collection. Alongside this, an exhibition is staged paying homage to Walter Keller with works by the artist Carlo Valsecchi, on show in an imaginary gallery, created using the spaces of the garage, for a period of only six hours. Art and fashion exist here independently of each other; nevertheless, a common sensitivity places them in relation to one another.

The third collaboration is a reinterpretation of a debutants’ ball, staged inside the historical Galtrucco Salone dei Tessuti, an exhibition space designed by Cipelletti. In this arena, the models wearing Arbesser’s garments become the spectators of a piano concert by Antoinette van Zabner. The Bösendorfer piano and twelve chairs by major Austrian designers transform the central space into a concert hall, on the walls of which hang seven works by Hermann Nitsch.

In the fourth and last collaboration project, Arbesser’s work is presented inside the Cavallerizze: one of the museum projects most representative of the work of Luca Cipelletti.