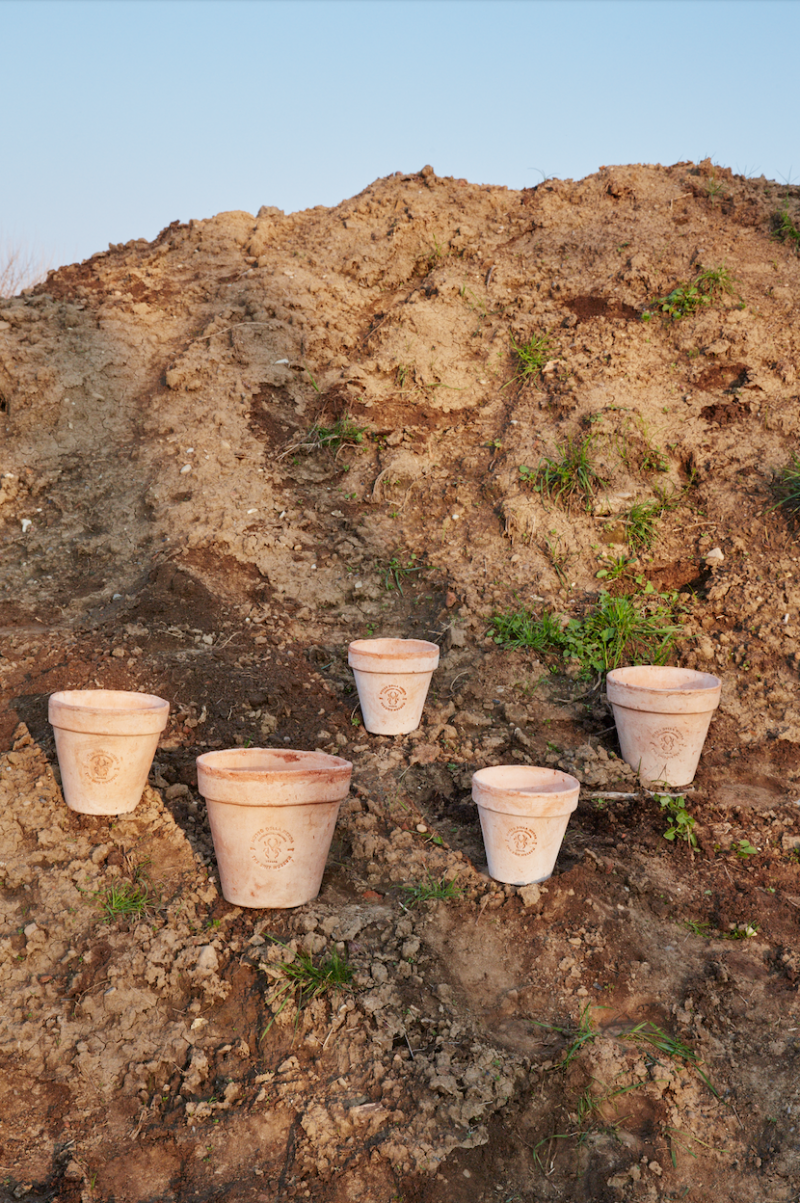 Not form but substance.

The Shit Museum (2015) produces ideas, exhibitions, objects and projects. And now it has invented and registered MERDACOTTA®, a material which brings together the principles of transformation and sustainability underpinning its cultural and scientific values.

With a variable blend of dry dung, straw, farm waste and clay – depending on the items to be produced – MERDACOTTA® is the raw material used for the production of objects for our contemporary living.

Dry dung – the main element to be found in MERDACOTTA® – is the result of a process
that rids the excreta of the Castelbosco cows of methane (used instead to produce energy and heating for the Museum) and urea, hence making it entirely odourless.
This is a waste product which is thus reused and transformed thanks to its coupling with Tuscan clay of the very finest quality.

The idea behind the first Shit Museum branded products is that of going “back to basics”.

The substance of all the products is the material that they are made of, which is mostly shit. The design does away with all frills and spills so as to return to traditional principles. Simple, clean-cut, rural shapes. Every article is unique, created with temporary moulds which, after the production of a certain number of items, are substituted.

The result is a warm and honest materiality: a value which seemed lost and yet which there is a desire to reappraise. Along with the lightness intrinsic to MERDACOTTA®, which industrial terracotta has lost.

All these products are the result of collaboration between Gianantonio Locatelli, the farmer and owner of Castelbosco, the driving ideological force and behind the Museum, and the architect Luca Cipelletti, who is also the Museum’s designer and creative director.

The first Shit Museum products may be split into five different categories:

A contemporary reappraisal of the classic Tuscan terracotta tile, today hard to find as a true crafts object as production is almost all industrial.

The elementary nature of the form finds its revolution in the material itself. Shit turns into surface. The Shit Museum tiles are modular elements to be used for floorings, interior or exterior walls; or to be used individually as allegorical objects, on which to rest a coffeepot or a saucepan; or simply as paperweights, doorstops or coasters… The shit and clay that make up the MERDACOTTA® thus become a container, underlining the principles of recycling and rebirth, which lies at the heart of the whole Shit Museum brand. The prime material is thus used to create pots for earth and plants.

The MERDACOTTA® pots are much lighter and more resistant to the cold than similar products in terracotta. The surface is rougher and more natural. A flowerpot saucer with the Museum logo accompanies every pot, available in three different sizes. Based on the same principle as the flowerpots, the flower vases are containers which also symbolise the rebirth of nature. Available in four different sizes – both with square or round base, the smaller flower vases may also be used as containers for other objects: pens, pencils or other stationery, either at home or in the office. MERDACOTTA® may be crystallised in order to produce objects suitable for contact with food and drink, like any other object in terracotta or porcelain, and a non-lead transparent glaze is applied which is then fired at 1000 degrees Celsius.
With their classic “farmhouse” design, the edges are thick and the insides are capacious. Like a meteorite fallen from the sky, or a gigantic Tetris block, or an archaeological finding dug out of the ground, it invades the space around it with its oversized measurements.

Suited both for interiors and exteriors, it may serve as a bench, a low table or a sculpture. Impermeable and stain proof, available both smooth and waxed, it is entirely handmade.

Entirely handmade in MERDACOTTA® it serves as a perfect cube: a stool, a nightstand, a side table, a stand or an object in its own right. In a dialogue with the artist who most successfully placed shit at the heart of his artistic research, and in response to the many who have wondered whether there was a link between the Shit Museum and the Artist’s Shit, we have decided to pay homage to the great Lombard and his most famous work with a transformed, oversized version of his tin cans.

An object which turns the original sense of provocation on its head, along with the mystery and critique on the attribution of value in contemporary art, with a tautological gesture: the new large tin is all made entirely of genuine shit, or more precisely of MERDACOTTA®.

Made entirely by hand in a single edition of /90 numbered exemplars – just like the edition of Manzoni’s Merde d’Artiste – it may become an object of everyday use, a coffee table for example, or displayed so as to give it the value of an artwork.
This is entirely up to the purchasers. For more than obvious reasons, it’s the icon which most directly expresses the cyclical value of the production underlying the Shit Museum: a receptacle for shit made of shit. A faithful replica of a classic 1920s lavatory, it’s an object that may be put on show in a wide range of environments. A unique item.

Entirely handmade in MERDACOTTA®, it is only available upon request.