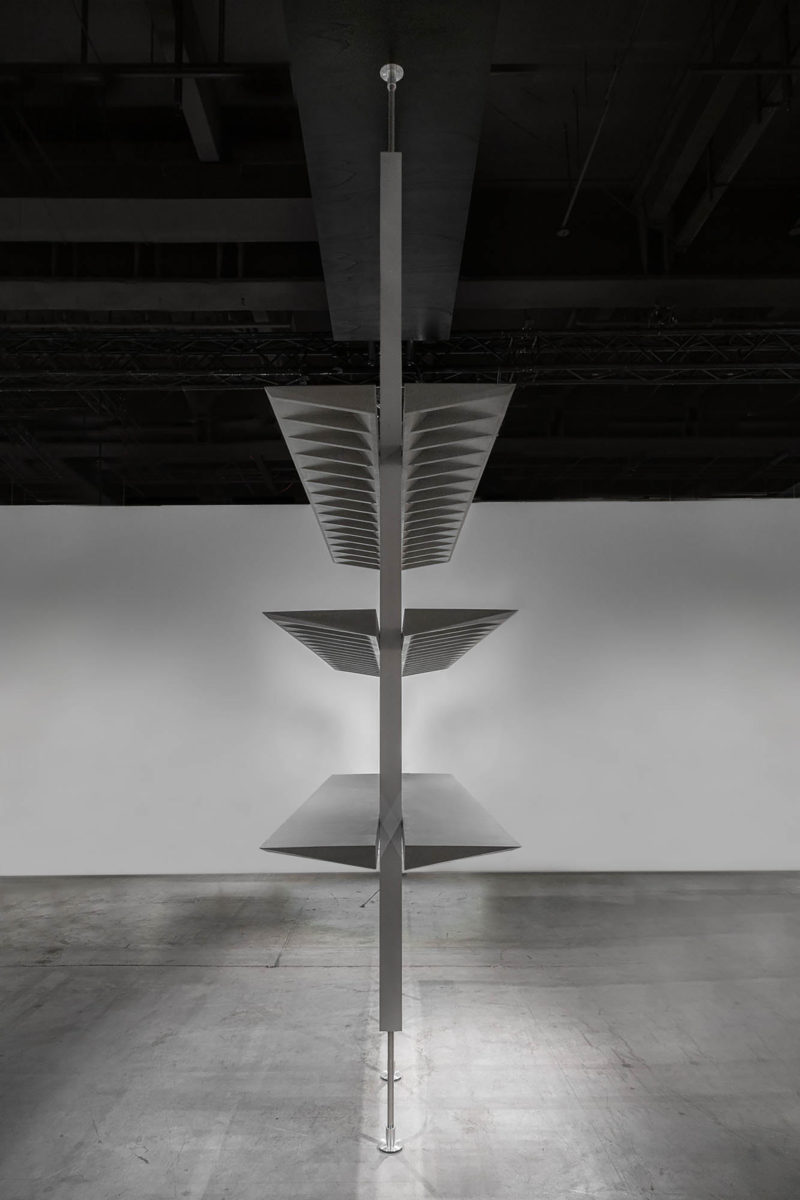 c_zero, the new concrete shelving system that Cipelletti has developed exclusively for the Giustini / Stagetti Gallery, is in fact both a form of domestic architecture and a project of structural design. Within the context of an ongoing analysis of issues linked to the perception of space, to points of view, to various levels of interpretation and to the detraction of material on both a large and small scale, this object originates from a design stance that views the care for details as a fundamental aspect of the work of an architect.

The focal point of the project is the cancellation of matter, of weight. c_zero is a shelf measuring two and a half metres in length and thirty centimetres in depth, an element featured within a modular system using upright supports fixed to the floor and ceiling, thus increasing its rarefied perception, further underlining its sense of lightness.

An object at the same time monolithic and moveable, moulded in the wake of a technological and formal study of the material, shaped to minimize thickness, to reduce its three-dimensional presence and ensure the perception of the object changes constantly in relation to the viewpoint of the onlooker. The research into the void, necessary to lighten the perception of weight, is displayed through a geometric-structural synthesis of visible ribbing running beneath the shelf, constituting a regular alternation of fulls and voids reminiscent of certain civil constructions and continuous structures. A work of precise formal relationships, one part of a research project of which the most immediate points of reference are those of Italian design culture and in particular that of Pier Luigi Nervi, among the greatest structural architects of the 20th century. A master who always opted for experimental solutions in engineering, mindful of the synthesis between static and spatial invention, between form and structure.