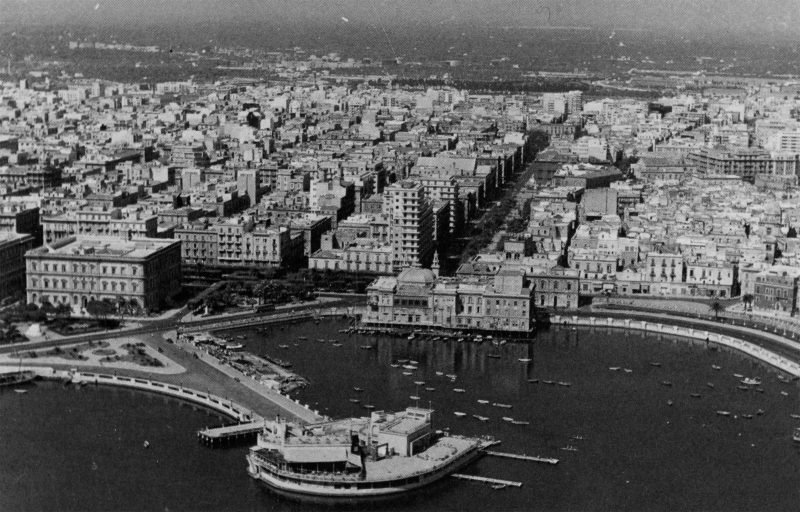 A Strategic Master Plan to find the right balance of exhibits, programs, facilities, and flows for a new Art Hub perceived as a continuous museum, connected both between its various buildings and with the city around it.

The project for the new Contemporary Art Hub in Bari aims to attract the protagonists of the art world to the regional capital, foster international tourism and provide the city with a multi-purpose centre home to a wide range of activities linked to the art world.

The Hub will not be merely a container for contemporary art but a venue dedicated to culture in the broadest sense, and which as well as painting, sculpture and installations, will also host music, cinema, performance and theatre events.

The buildings involved in the project (the Sala Murat, the Mercato del Pesce and the Teatro Margherita) have their own strong identity; the museum project intends to maintain these values while forging the identity of the new Hub and its bond with the urban fabric of the city. The spaces have been adapted to meet their new requirements, maintaining their stratifications and privileging the idea of a flexible and welcoming exhibition space.

The museum Masterplan draws on relationships that the architecture of the Hub establishes with the urban axes of its surroundings, creating new entrances and paths that address the issue of circulation flows, letting the Hub be perceived as a continuous museum, connected both between its various parts and with the city around it.

Alongside the two Cartesian axes of Corso Vittorio Emanuele and Corso Cavour, which respectively lead to the foyer of Teatro Margherita and to the Mercato del Pesce, it is in the Piazza del Ferrarese, the real pedestrian heart of the city, that a new interconnection axes has been designed: a cross-path that directly links the new entrance to the Sala Murat, the crossroads of the Mercato and the public entrance to the Teatro Margherita from the viewing tower.  The crossover of this Cartesian system creates a central node inside the Mercato which, together with the theatre foyer, represents one of the key elements in the public function of the Hub.

Inside the Mercato del Pesce, along with an optimisation study of the vertical connections, a great central space has been created on the first floor which leads onto the artists’ rooms and which, illuminated through skylights, may host shows and immersive installations.

The interconnection that emerges from the urban layout generates new perspectives, unexpected points of view and exhibition opportunities that foster a dialogue between inside and out, a theatrical interplay that guarantees the overall unification of three buildings that are so different from one another.

Along with the two main focal points inside the Mercato del Pesce and in the foyer of the Margherita, more than 40 exhibition spaces and circulation nodeswithin the Hub have been identified and adapted which, whether used individually or linked together, allow for a broad cultural offering and a continually renewable experience: the more exhibition opportunities there are between shows, events and installations, the greater the return will be in terms of communication and the opportunities for visitors to return to the Hub.

The variety of and the relationships between the spaces – totalling more than 2,662 m2of service areas and 4,710 m2of display space, broken down into 32 connectable spaces and 10 circulation nodes

– alongside the programme of contents to be featured, will provide a diversified museum offering, constituting an opportunity for the cultural renewal of the city and a call for it to be visited.